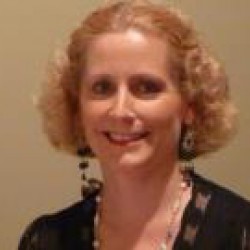 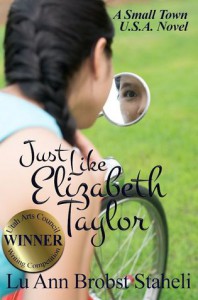 Twelve-year-old Elizabeth Taylor was so named because her mother was - and still is - obsessed with the actress of the same name. Unfortunately, just like the actress, Elizabeth is going through a hard time. He mother is being physically abused by her boyfriend, and Elizabeth herself is being sexually abused by his son Ryan. Elizabeth makes a plan to run away and waits for the perfect moment - when Mark leaves his money on the kitchen bench while he's passed out drunk in the living room. She rides her bike to the next town and finds an empty shed in an abandoned campground, where she proceeds to hide in plain sight by enrolling in the local middle school and changing her name to Beth Burton. She makes a friend, Ida Mae, and she comes to the rescue of the lunch lady, Ms Meyers. But then her old life intrudes on her new life, making it impossible to keep up the charade. Elizabeth discovers that running away can cause more problems than it can solve.

This is a heartbreaking and eye-opening story of what a young girl has to endure when she has no support. From an adult's point-of-view, I found the story to be a bit contrived and predictable. There are too many coincidences, and things seem to work out a bit too easily. I'm also disappointed that Ms. Meyers' situation is never explained. Nevertheless, it is well-suited to the target young adult audience, with no explicit language or sexual content.